Tsuburaya Productions, known as the creator of the popular Ultraman Series, has issued a warning about an NFT game circulating online. That NFT game was created, yet it has never obtained any permission or license from TPC (Tsuburaya).

The NFT (non-fungible token) game was created by Elevated Games, and it was titled as ‘Kaiju Kombat’. Customers or players collect various Kaiju cards, and they trade them by using Ethereum (ETH), a cryptocurrency. Prices may go up or down depending on its rarity, or even it shall depend on the ongoing current cryptocurrency prices.

But in the statement by Tsuburaya from the news source, it says:

The NFT project is considered a violation against TPC’s license contract. The Kaiju Kombat also uses the ‘Ultraman’ trademark logo, but TPC said that it is not considered as a licensed product. They said that they should avoid accessing the site, and they urged people to not to give sensitive information.

Tsuburaya Productions also produces other type of shows, other than the ULTRAMAN series. This shall include the Dinosaur Corps Koseidon (1978), and the Gridman Universe Series (SSSS.GRIDMAN and SSSS.DYNAZENON Anime series), which is based from GRIDMAN The Hyper Agent in 1993. 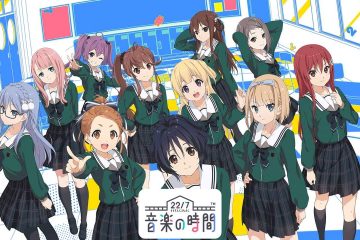 The game has reached its end.