People love Anime and they pay and buy official merchandise and figures, just a way to show love and support to them. But how about people who love Anime, but they were not willing to pay and they illegally download and stream Anime shows and movies online? Basically, it is just the same as to the topic that talks about illegal streaming and downloading of local TV shows and movies online — only in the Anime-version way.

1. Subscription is too expensive.

The first reason why people do pirate Anime shows and movies is that the subscription fee is too high, or in other term, expensive. Not all people can afford higher subscription plans. It is quite understandable that it is indeed expensive because it will sum up all of the prices of the Anime shows or movies produced. It will also include licensing and royalty fees, and so on.

Since dealing with higher subscription fees can either be worth it or even not worth it. There are times that it is worth it because the storyline of that Anime show or movie is good, and it has well-received positive views. And it is not if the storyline is bad otherwise.

Going back to the reason above, subscription for the monthly streaming service for Anime shows and movies are expensive. And the tendency is that people will start finding ways to rip, re-upload, and stream that Anime show or movie online. Therefore, other people can watch that Anime show or movie online without paying a single dime. The only thing is that only one person paid for subscription, and he or she ripped it and re-uploaded it, and other people watched it for free without paying anything. In fact, the ratio is about 16:1, or even more to one.

To summarize, to not pay anything because it’s expensive, is the reason here. And people who watch it free can able to ease themselves without hassle.

2. This Anime Series/Movie is not available in your country.

Another reason why people who pirate their favorite Anime shows and movies is because that particular series is region-locked, or likewise not available for viewing. Of course, people will find ways to watch that Anime series online through illegal streaming, or even using a VPN (virtual private network) service or proxy programs or apps to bypass this so-called region-locking restrictions.

Aside from above to access and bypass the region-locking feature, people will eventually use hacking tools to illegally download and stream that video or episode which is region-locked (with the help of the VPN, of course). After wards, they will upload them through torrents, or even in their ‘dummy’ SNS accounts or unofficial fan pages for the people who wanted to watch.

Example are legal Anime streaming sites, like Funimation and Crunchyroll. Most of their licensed Anime titles can be watched at a subscription plan. The only downside is that they were only available in US, Canada, and EU regions only. Outside of these countries, they were not available for watching or streaming. Of course, people try another way to watch that series, and that is through streaming in the illegal streaming sites, like KissAnime.

Having to bypass these region-locking features can be a pain in the arse, since this can be a border for a person who really loved to watch that Anime show or movie. And it is one of the reasons why that is pirated or leaked and posted to some SNS accounts.

One of the reasons why they pirate Anime shows and movies is that the availability, or the sales of the Blu-Ray and DVD copies were just limited, or even not for sale at all in certain countries. Yeah, importation is very hard, since they will shoulder some taxes or some sort of importation fees. And of course, that Blu-Ray or DVD box sets of a certain Anime series or movie can be expensive if buying it overseas. And it is slightly less expensive if it is bought on the same country or region of its origin. This is where localization and censorship will enter afterwards, and it will be on a different topic (actually there is, but only focusing on video games).

So what basically people do is that they do search for that Anime series or movie online, and they tend to illegally download or stream. It is because their favorite one that is in Blu-Ray or DVD box set is not available for sale in their country. On the other hand, people pirate them by buying, of course, the official Blu-Ray or DVD, then they rip them, and finally they upload or stream them. That’s how it works.

So how about people who were able to buy the official Anime Blu-Ray and DVD box sets in their region? Well, there is no problem for them because it’s available. Meanwhile, other people who can’t buy, not only because they don’t have enough money, but it’s unavailable, tend to download or rip, and make illegal copies of that particular Anime series or movie for sale. Did you get it? It is basically ripping the original, then making some illegal imitation copies for sum of money or income.

Basically, it is just continuation of number 3, but this time, it will deal with the availability and accessibility of a certain Anime series or movie through media partners. How about people who were Anime fans, but then they have no access to Internet — only local TV that has limited channels and shows? In order to help them out, people share copies of their ‘ripped’ Anime shows or movies through the use of external media (ex. USB Flash Drive or DVD/Blu-Ray discs). It is just basically the only way to share them if they are completely zero in Internet access, due to the fact that their ISP in unavailable in their zone.

5. Self-profit, yet stealing from original.

Basically, a continuation from number three above. This time, it will deal with the sales of the ‘pirated’ versions of the Anime shows and movies. They were usually ripped from the original Blu-Rays and DVDs, even from the cinemas. Their income will never ever go to the original creators of the Anime series, but to people who pirate and make sales of them. Some of them say that the people who produced that particular Anime series or movie are actually rich.

Basically, an Anime fan tends to find ways on how to watch his or her favorite Anime shows and movies online. It is by means of streaming and downloading (illegally). But why some other people tend to pirate that particular Anime shows and movies online? It is because subscriptions (if you are watching legally) are usually expensive. Another reason is that they were not available for watching if you are in overseas or other country. Third is that the limited sales of Blu-Ray and DVDs of these series can make it difficult for Anime fans to watch them. Fourth is the limited access, meaning no Internet and only local TV is available, and people share them through storage media. And finally, they pirate because they wanted income or some sum of money.

I know there are many more reasons why people tend to pirate popular Anime shows and movies online, and the above points are just an idea why. I know there are people who were truly Hardcore Anime Fans, but there are limitations or borders in supporting the Anime industry, somehow. 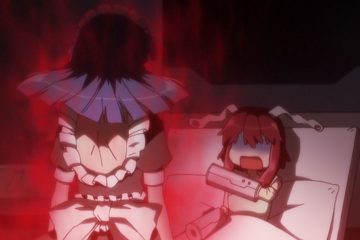 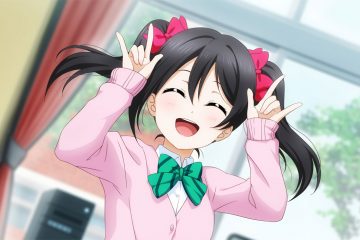