Howdy! Hello! This is Slob speaking to you again. Just remember that don’t steal something that you don’t even own.

Anyway, we are in an another Episode… Yay! Let’s talk about on what most people do — creating “Dummy Accounts” in any SNS platform!

What are these dummy accounts on social media? Can they be dangerous to people around?

Not only in some current events happening today around the world, but also in the world of Anime and video games does these dummy accounts are used to trick people around!

So then, how could you spot if somebody that you don’t even know is a fake, or just a dummy account?

First and mostly. You can spot it by looking at their profile picture (or mugshot picture, I call it). If somebody is using someone else’s photo, or even his or her profile picture is of any Anime character, whether 2D Waifu or Guys, then it’s a sign that it is a dummy account.

Second. What if that SNS account of someone you don’t even know is having that such picture, yet having a different, weird name? Mostly, I spot these on Facebook, where the names of people are usually written in Japanese names (mostly Romaji names), or even at their Katakana form lettering. But then, real Japanese people are usually writing their names in legit Japanese kanji, not the usual standard Romaji lettering (example Seiji Takagawa). There is a chance that it can be a dummy account, if there are multiple results returned in your search query. Just be sure to check out the official website (or equivalent) of that actor or idol that you have been following, if he or she has that such SNS account tied to his or her profile in the website or blog. If it is not listed, then it’s a dummy account, indeed.

Third. If you see legit photo and name (looks legit lol), try scanning with his or her profile details and description! Make sure that their descriptions and details about themselves are complete and legit, which includes their birthdates, and some other legit information! If everything else are not detailed or hidden, it is more likely a dummy account, for me.

And finally, check the mutual friends of that dummy account. If there are no mutual friends of yours (or followers) that are listed on his or her friends list, then it’s a chance that they are dummies, after all. If they had sent you a friend request, make sure that they can send you a private message, or even send them a message first asking them of who they are. They can be accepted, or otherwise they can be rejected or blocked — it depends on a situation! But then, always be cautious on adding these dummy accounts to your stable of friends in your own account. Keep that in mind.

But, did you know that these such dummy accounts are mostly fictional Anime characters, like those guys and other “Bishoujo” characters (idols, perhaps)? They can be anything, which also included your favorite idol or actress that you have been following along.

First, try asking them of who they are. More likely than not, try sending them a message in a Japanese text, in a Kanji form! If they reply something that they can’t understand Japanese, then they are just wannabes. Well, call them as the more “uglier” Otakus, called as the “Weeaboos”!

So then, this doesn’t end up here. If they reply you with some common words, in just a Romaji text (i.e. “Watashi wa NAME HERE desu!”, “Yoroshiku!”), well I just don’t bother to reply to them anymore. Unless if they have purpose in adding you up, then it’s an excuse to decline them at anytime.

Just like I said, these dummy accounts can be used to stalk someone on social media. They may be just around us, and at anytime, they can even gain some information about us. It is best to just block them, if it happens that they aren’t even legit.

If they are residing in your current social media groups or lists, just be extra vigilant from those, especially if you are doing some activities, like sharing something sensitive!

Just remember that these dummy accounts can be anything, including your fictional Anime character! They don’t even exist, and they were just created and drawn by the famous Anime illustrators and artists — they aren’t even real to the eyes!

Yeah, I maybe an Ugly Otaku… or a Weeaboo. But then, encountering these dummy SNS accounts are just annoying. In fact, they can be used to bully somebody else. And the fact that they are creating more is because they keep violating the rules of the usual friendly community environment, where sexual abuse or exploitation and other violence are not allowed. Count in also the vulgar and innuendo words used!

Be safe when you are posting anything on social media. Your favorite Anime characters and other idols can be in a form of dummy accounts. And they won’t even send you a friend request to add them, remember that.

Actually, the next Episode follows on what this Episode has talked about! In fact, the next one will talk about the “dark side” of the Anime community, wherein young girls and idols are always the victims!

Next time, “Sexual Harassment”. See you next Episode! 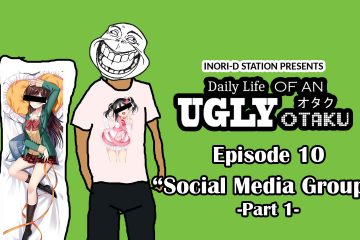 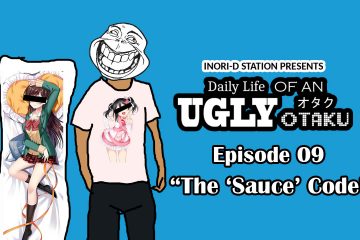 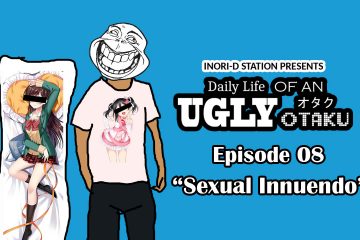