Hi! It is me, Slob! And I am here to speak some Anime-related stuff to you again.

Let’s talk about on how people become obsessed with Anime and Japanese culture stuff. First and mostly, it all started when you attend a local Anime convention (Anime Con).

Speaking of Anime conventions… What are those? It is just simply they showcase some colorful Anime-related stuffs in the halls and booths.

And also, they sell some merchandise and Anime figurines there! Basically, some items that you can find there are rare, and they can’t be easily found in any of the local stores, especially in some surplus shops. But then, I know that they can be either cheap or expensive, and it shall always depend on the quality and clarity of that item!

Aside from the things like buying some goodie, authentic Anime merchandise and figures, they also showcase some exciting events there, such as singing and karaoke contests, Cosplaying and dance contests, watching a live performance of a special guest, and so on!

Those two above are the examples that you could always expect to encounter in a typical local Anime convention! And I know that there are many others, such as taking a picture with a person doing Cosplay of that Anime character!

But then, on every single local Anime conventions that I have attended so far, there are always controversies and issues there! Such as that, I am encountering some issues, like that long queue which is not moving, and it is reaching very far from the venue itself! And in the end, the organizer told us that they could no longer accomodate and sell more tickets to people anymore! But then, I feel sorry for those people who had bought the ticket, waited outside for a queue for at least 3 hours standing, and in the end they failed to get inside. And then, those are one of the issues encountered, so far. I think there’s still more when you could be able to follow and read carefully this blog post series!

I, myself, as an Otaku, had experienced going in some local Anime conventions, whether big or small. I had been through with several long queues, while standing for at least two hours straight. I know it can be a waste of time. But did you know that I had met several people there who had later become my friends as well? Definitely, my hype for Anime still continues, and just talking to my fellow Otakus can help me to share some of my mutual interests in my favoritism and hobbies! Yep, and is it exciting to talk with a group of friends, while having your own interests and hobbies same as them?

Attending an Anime Con is really something, for me. And it really helps me to explore and discover more of the world of Anime, as well as some Japanese culture.

Next time, I shall be talking about the male Otakus like me who are really having infatuation with a two-dimensional girl!

Next time, “Waifu”. Please look forward on reading my next Episode! See you next time! 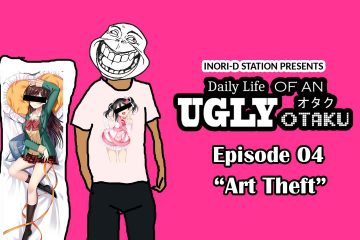 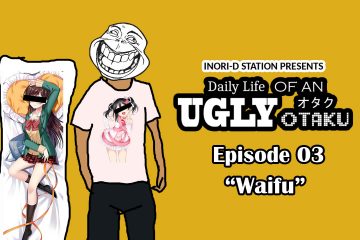 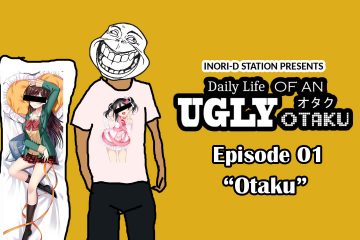