Ever since from high school up to the present time, I like listening to Japanese songs, whether an Anisong one or not. Well, the song shall depend on my taste and favoritism.

So how did it all began? When I was in high school, I began browsing some good Japanese songs because that time, I watch Tokusatsu shows (i.e. Kamen Rider). So after listening to those, my head’s starting to spin around with the music. So how do I browse? First, I know the song and the artist. And for the artist, I research and browse more of his/her works (the discography). And again, depending on my taste and favoritism, I only pick some songs which were good to my ears.

Can’t understand the lyrics? Translation is a must to me!

There are songs in which I listen, but I never mind the lyrics after all. But for the songs in which I really like, I research for the lyrics. Though today, I can barely understand Japanese language (familiar words like ‘Tsuyoi – strong’ and ‘jikan – time’), I can find out what that song was really about. And to tell you the truth, it was fun listening to some of them, since their translation-to-English equivalent was so nice and neat, unlike some trendy international English songs which were somehow dirty and twisted (i.e. RNB songs has some lyrics which talks about sex and stuff).

What types of modern Japanese songs do you usually listen to?

There are types, and… many types. I don’t really memorize them, but this selection of mine shall give you an idea. If there are more, then try sharing it with me! AAA (read as Triple A) and their GAME OVER? single

I am sometimes listening to this kind of genre. The only reason that I listen to these type of Japanese music was that their songs were sometimes used in a TV Anime, Tokusatsu, or a video game. Likewise, I call these as soundtrack. But not all the time I listen because their songs were used for Anime, Tokusatsu or a video game. Sometimes, I tend to explore more of their discography, and I just add them to my playlist. So who were some Japanese bands/artists that I would like to mention as examples? My favorite bands/artists were: AAA (Triple A), T.M. Revolution, and Uchusentai NOIZ. JAM Project and their single titled, ‘GARO ~SAVIOR IN THE DARK~’

The word was simply a combination of Anime and song, and that’s why it is called Anisong. Like number one above, some J-Pop/Rock artists perform theme songs for the Anime, thus it becomes an Anisong. There are artists which were really designed for Anisong, after all. Example of this were JAM Project, Psychic Lover, and some independent artists like Ayumi Miyazaki. For game soundtracks, I don’t usually play some console games (I had played them in the past), but my example there shall be Ayane, who performed some Ending theme for the Hyperdimension Neptunia series.

Majority of my focus shall be on this genre. There are some criteria in which I am following when picking and choosing some Anisong or soundtrack. And that is… It will depend on my favoritism and taste! There are songs which were trendy and overrated, and I only pick some songs in which not everyone is familiar with.

Heard of AKB48? These bands/artists are formed together to reach for their dreams — either they become an independent artist, a band, or even starring on a movie, TV series, or an Anime. I call these as ‘idols’. Idols were usually independent in form. You can research more about them, their history, as well as making their major impact around the world, thus writing a new world history. LoveLive! Series may fall under this category, since they feature voice actresses coming from various TV Anime and Tokusatsu shows as idols. In the TV Anime counterpart of this mentioned, they voice the actual female Anime characters. And at the same time, they perform live concerts/shows on the stage!

There are many selection/types/genre under this category. For my case, I only pick some songs which were just right in my ears, or my favoritism/taste. I barely listen to them because they were so cute to listen! I only unleash the true audio of these songs via loudspeaker when my group of friends, who are in the same page as me, were around.

Take note that there is also a ‘Japanese Male Idol Music’ genre. That genre/sub-type was that the idols were male, and the fans/target audience were female.

Hey, where do you listen those music?

Obviously, I listen to those from the Internet, while I listen also to them in some mall outlets in my area. For the Internet online, I simply either just download or stream them. It also depends, since the number of Japanese music was just limited due to the fact that they were not available or even not for sale in our country (the reason why I am streaming/downloading). And they can be acquired by ordering online, or even buying from your friend who does online shopping or ordering.

It is a piracy thing to do, I know, and I understand that. But sometimes, you really just need to buy the physical copy of the song that you like in order for you to support your favorite idol/artist. Since buying their songs allows them to perform more and release new songs for the people to enjoy.

Japanese music has different categories and sub-types. Namely, they are J-Pop, J-Rock, Anisong, Game Soundtrack, and Japanese Female Idol songs. I know that there are many types and sub-types. Some of them were a combination of one another.

I hope you have a good time after reading this long post! See you next time for another topic! I wonder of what kind of topic should I discuss or talk about next? 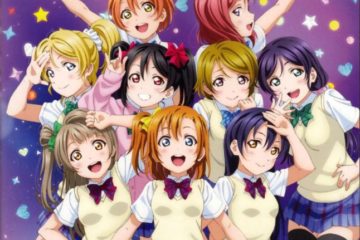 6 Anime and J-Pop Songs to Enjoy on Spotify 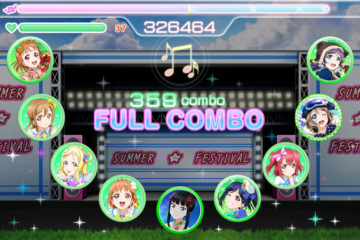 A game where your feelings and the music synchronize...