Playing alone is not enough.

As Yume is trying to find out the revelations about her sister, Kano, the guy whom they had talked with has shown a video to her. It’s about the guy who has an involvement with Yume’s sister. But then, it’s still a mystery for Yume who can’t still find out the cause of her sister’s death.

As the time came that Koyomi loses his Dyna Striker due to drunkness, Gauma was able to trace it, thanks to the Dynazenon components’ abilities to trace Dyna Striker.

The Kaiju Eugenicists have finally found a Kaiju which is powerful enough, and requires two of them to control it. They had totally dominated over the Dynazenon crew. As they are now in peril, another giant being has appeared. Did it come to save the fallen Dynazenon crew, and what’s its name? G-G-G… Gridknight?

We had arrived into the Episode where it doesn’t always follow the ‘monster of the week’ routine. When some other TV series are reaching halfway of their whole run in the season, they are somehow putting some ‘parts’ or ‘arcs’ where an Episode ends in cliffhanger. And the rest shall be continued in the next Episode. Somehow, a common practice for some Anime and other TV shows that I see everyday in the past.

In this Episode, they had finally pull off a character from their universe to this current Episode.

SCREENSHOTS (SLIDE/SWIPE TO VIEW THEM)

The appearance of Gridknight in this Episode had made me surprised as well. Want some bonus info?

If you had seen the Episode 10 of SSSS.GRIDMAN, it explains on where did Gridknight got his own form! See the another slide below for details!

Remember SSSS.GRIDMAN? Remember the part when Anti realized his true motive of why is he fighting? As he realized his true reason to fight, and as well as finding out of who really he is, he has truly awakened. From morphing into a Kaiju, he then finally morphs from being a Kaiju into a new hero. And he was given the name, Gridknight.

The first Episode was aired in Japan TV networks and some on-demand streaming sites since April 2, 2021. 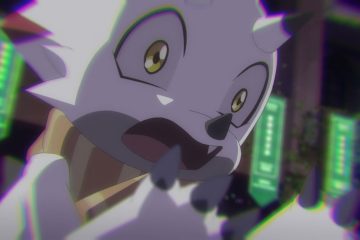