There are many types of in-game events to be found in LLSIF. Actually, there are two categories of events. One is the Common or Standard Events. And the other is the ‘Other and Special Events‘, in which that no longer fits as a regular or standard event. I will list and reveal them as of now at the time when this blog post has been published, while not revealing the future or new type of event as this game develops further. To have an idea, here are the possible in-game events to be found.

A. Common or Standard Events

As of the latest game update, all of these events given have Event Stories, in which you can unlock and read them by collecting more Event Points. They can be accessed in your Story, and then choose Other Stories. If that event was designed for either µ’s or Aqours, then you have to switch to the respective faction mode to read them.

When the Event starts, an exclusive song will be available on the B-Sides of the Live Show mode. In order to play it with the required amount of tokens given, a player must collect tokens by playing Live Shows on either Hits or B-Sides. Switching to different mode faction is also okay. You can also get some little Event points for every live show completed. When you have enough tokens to play that event song on the B-Side, you will get more Event Points from it if you successfully completed it. In Expert mode of that event song, there is also a Random mode, where its rhythm notes were randomized. Random mode can either make a song harder, or even easier.

In this event, you will face-off against three other players around the world. In total, you can play up to four. Upon beginning the Score Match, you are given with a random song and you will have to complete it. The player who have scored higher than the other three wins and gets more Event Points. The amount of Event Points acquired is based on your place in the Score Match play. Placing in 4th position means less Event Points to acquire.

First time reaching with this kind of score with just a team filled with SL4-5 Scorers (with 1 Skill Repeater) in a low combo count song.#lovelive #LLSIF pic.twitter.com/Dzqe7MalsP

In some cases, computer-controlled players will appear if there are no players available to play with.

The song list set will vary. At the midway of the this event, another song list set will replace the first one. Just at the day before the Score Match Event ends in few days, the two set lists of the songs will eventually combine into one.

In this event, players will play up to three songs in one Live Show play. In midway, after a song, some stat-increasing power-ups (Friends or Random Players) will appear, as well as recovering your stamina, and increases the chance of getting a gold item. You can also gain an EXP or G multiplier bonus in between.

In the latest update, the Medley Festival was slightly revamped, and it has added the mission system. The new feature, called the ‘Encore‘, allows the player to do another play of one song. Completing it will give you additional perks, such as adding your ‘missing total combo count’ in the three songs you have played. Remember that completing the Encore will not give you additional total score. Of course, you can always choose to cancel it.

Best possible song combination for Smile attribute in MedFes. I can’t attain a full potential score if I can’t do something with Hajimari Road, which I got problems in some parts where I usually screw up my combo chain. 😒

In this event, a player will play up to 5 songs intervally. You have to play at least one song to gain items and Event Points. Otherwise, you will not gain anything. The song difficulty increases as you progress. You can always end the Challenge Festival to get your accumulated rewards, and if the difficulty of the song is beyond your skill, or likewise you got insufficient LP. Failure to complete a song in between will result in lower Event Points acquisition and to get no rewards.

In every round, there are three characters appearing. In every character, there are special effects, like increased EXP or G, and so on. If the three characters matched according to their sub-unit, year, and costume, a specific mission will appear. Completing them will give you additional rewards.

Upon starting the Event, you will read the Prologue story, and you will receive a little Event Points. To progress through, you will have to complete a zone called the ‘Spot’. The Spots themselves are ‘chapters’ of the Event Story itself. Also in the Spots, there is one song each and it has goals tied. You will simply play that song and finish the goals tied there. Upon completion, another spot will open. Don’t forget to get more Event Points, since it is also required to unlock another spot, besides of completing the goals in the previous spot.

160k Finish. I had made another history! 💥✌️#LLSIF #lovelive pic.twitter.com/aPY7MLC9E8

You will get Souvenir Items, in which you can use them to get more items and rewards from the Souvenir Shop. You can get them when you complete a live show in the event, and the drop amount will vary depending on the spot.

There are two other spots, namely the Challenge Spots and the Secret Spots. The Challenge Spots are actually three, namely for Smile, Cool, and Pure. Playing on these Challenge Spots can place you in the Score Rankings in the Event. And clearing the goals tied on that spot will give you some useful items, like the Scouting Ticket. The Secret Spots randomly appear when you complete a live show only in the Adventure Stroll event. Besides of not placing you in Score Rankings when you play it, it will somehow give you some perks, such as increased Event Points, reduced LP, and increased Souvenir Items drop amount. Also, before beginning a Live Show in the Spot (the song title is revealed upon confirmation), a random buff will trigger. This random buff can increase your Skill trigger chances, tap score increase, or even other perks, like EXP, G, and Event Points bonuses.

In this Event, you will play with other three players, on in general, you will play in a group of four players. Besides Score Match, this is one of the multiplayer features that are available in LLSIF. You will gain Event Points depending on your Score and Combo Rank, as well as doing the given mission displayed right before and after a Live Show play. There are two types of missions. One is the Total Score Mission, and the other is the Total Combo Mission. You will be placed accordingly to your score, if it is a Score Mission. Otherwise, if it is a Combo Mission. There are instances that all players will always get 1st position if they all got Full Combo, only in Total Combo Mission.

In the latest update, the Companion Match was revamped, and the Total Combo Mission was replaced with a ‘Total Perfects Mission’. You will be placed accordingly depending on the amount of Perfects you had accumulated. Which means, getting a Full Combo doesn’t matter anymore in this new Companion Match update.

Yes, and it will come in Global Version, too.

You can either choose to play publicly or to play in private. For the Private Companion Match, you will create a room, or otherwise join a room by inputting the room ID, which can be copied and pasted from any social media or private message.

B. Other and Special Events

There are other special events which were either not categorized or not fit into any of the events above. As of now, there are two known special events appeared in LLSIF. Somehow, they were under testing, and they can become officially one of the standard events to be included above.

Somehow featuring as a test event, Group Score Match is basically the same as the Score Match Event, where you will get to play against other players and to get higher score to win. You can play up to 100 players, and also a four-player mode is available. All difficulties, including the Master difficulty, is also available in the Group Score Match.

Private match-making is also available in this special event, just like the Companion Match Event.

As of now, this is the new feature special event added in LLSIF. Like Group Score Match, Rhythmic Carnival allows you to play with random players around the world, or similarly a 100-player live show play.

Unlike Group Score Match, players can play in any difficulty, just after the random song to play is given. The scoring system is different from the Group Score Match. In Rhythmic Carnival, the score system uses the ‘trillion’ scoring system. And during the live show, you will receive skill effects coming from other players who were in the same room as yours. Those skill effects can boost anything, such as increasing your tap score, skill chance, or even retaining your combo count when you get to miss one note. Those special effects are somehow added to your current members in stable (when you see some special icons, like flower or fish, indicated next to the character’s name).

The Rhythmic Carnival Special Event was somehow used in the recent collaboration event with the another game, called the Shadowverse.

So far, this is for the in-game events found in LLSIF. As the game progresses and updates, more of the features shall be added in the future.

To continue reading, click or tap the Next Page. 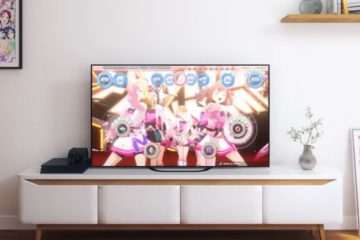 A Highlight to LoveLive! ALL STARS 1st Anniversary