It’s back for a new season!

As the picture shown, it is titled as “School Idol Festival Journal Log SEASON TWO.”

SOME UPCOMING AND NEW CONTENTS!

In the previous season that lasts for at least 50 Episodes (1 long blog post per Episode per week), it talks about my progress in the LoveLive! School Idol Festival rhythm game, as well as giving out some news and updates on what’s happening around the School Idol Universe.

On the Final Episode of this segment, I had announced that it was finished for good, and the THE END line is indicated on the last line. Right today forward, I shall be now continuing to give out these such updates and news via this upcoming segment on Inori-D Station.

But then, on this second season, expect some more and new contents! Please read more to continue!

While the original contents have been remained the same as in the previous season, there are at least two new contents (indicated with NEW) which were added as new features or sub-segments or corners! Please read more below (or by clicking/tapping those links to jump you to that part)!

This part tells about on what’s happening around the LoveLive! Series, as well as giving out some relevant updates regarding with the status of the School Idol Groups and its members, upcoming live show performance Events, School Idol Birthdays, and some occasional announcements (i.e. music albums and singles, and some game update contents) via livestreams. They were encountered and posted every week. And if there are any follow-up announcements which take place once an Episode is published, it shall be posted and included in the next Episode!

In this part, it shows my current progress in my gameplay timeline of this game, the LoveLive! School Idol Festival. It also shows some relevant content updates (via livestreams) and other stuff! Also, I give out my own Event Report (Event Results) via my own Tweet in Twitter, and they were included in this part (Just still the same as in the previous season)!

To note, both the JP and Global (EN) Sides were just merged into one, so my report progress shall be also unified as one, too.

Introducing, the part that was never done before in the previous season! It was none other than the ALL STARS Highlights! ALL STARS refers to the another LoveLive! game, called the LoveLive! School Idol Festival ALL STARS. And this part is something new to expect in the second season!

It was initially planned to be included in the succeeding Episodes of the previous season. But it was cancelled due to the fact that I can’t handle them diligently, as LLSIF is making me be stressful due to the Event Points Ranking cutoff being too high to achieve that time.

So then, this new part shall be included in the upcoming second season! It shall include some relevant content updates, basically the same format as in the LLSIF Highlights, which also include my all-new Event Report system! From now on, I shall be posting my results of my Event progress of this game via my Twitter account soon!

Extra Corner is just a temporary name. In fact, that name can be replaced with an another title that comes into my mind! And yep, this can be something like LLSIF Tip of the Week, Quiz, or even other etchetera items that otherwise come into my mind! Take note that this can be changed without prior notice!

And finally, the last one, but not the least! I have never done this one in the previous season! So then, more than just you read the Episode because of some LoveLive! -related updates going on around, you shall be getting to read a Story within Episodes!

Story Episodes are done, as usual, per Episode per week — just as same as the usual TV Anime shows that you are watching! Story Episodes shall be in a blog post and paragraphs format — just as same as in the novels of a book! I am still planning for the story and plot in which I could think in order to put them on each Episodes! But then, this is something to watch out and expect, soon!

So then, you all have it now — the announcement in your hands! It is indeed confirmed that School Idol Festival Journal Log is coming back for a second season this time around. And then, for the final details on the next paragraph, I am going to give them below!

School Idol Festival Journal Log SEASON TWO shall begin its Episode publishing starting on Friday, January 7, 2022, only on Inori-D Station website! Succeeding Episodes shall be published every Fridays of the week, at 8:00 am PHT (UTC+8).

Take note that the announced upcoming contents above shown can be changed in the future without notice.

School Idol Festival Journal Log is no way affiliated with LoveLive! Series, and its games counterpart in any way. All trademarks, characters, and other copyright belong to their respective owners and companies. 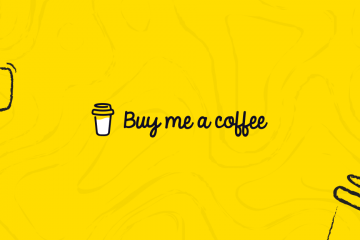 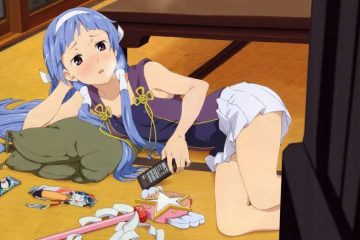