Dialogues have been updated!

An updated version of the visual novel has been released and was available online!

Be sure to check it out and read it!

NOTE: If you opened it previously in normal browsing, you must refresh or clear up your web browser’s data cache in order for the new update to take effect. When you have visited that link, you can do so by pressing [CTRL] + [F5] on your keyboard (By most web browsers like Google Chrome).

Be sure to check ’em out!

About “The Headquarters” Visual Novel

The Headquarters is a visual novel game created by Inori Donz, from Inori-D Station. It was released and uploaded to the website domain itself since September 9, 2022.

Story is just basically random, and it doesn’t have any specific story or plot. The game doesn’t require too much interaction from the player (viewer) when he or she gets access into the game (It doesn’t have any advanced interactions, like name input, and so on). Mostly, the interactions are just letting the player or viewer to decide on the given choices that appear on his or her web browser.

This visual novel game is designed for just letting my own avatar character, named as Inori D, to speak at the front of the player via words and sentences. And in general, this game is still under improvement and development, since I am thinking for more features to add in the future, such as adding more dialogues and stories.

Chapter 2 is now up! 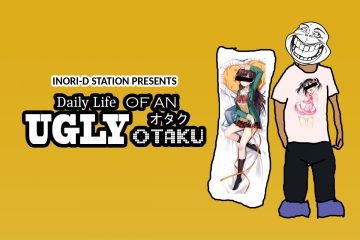