This blog post topic may contain profanity or bad languages not suitable for young readers. Please read at your own discretion. This topic talks and tackles about a psychological issue, which is present today.

Cover image used for this blog post is an old picture which shows some youngsters playing in a computer shop or Internet cafe.

We all love playing F2P or free-to-play video games in any platforms. It’s a very popular kind of gaming to play, especially for Filipinos.

Whether you play solo or co-op (or even PVP), there are always some Filipino people who will talk down on your game that you are playing. They can even call you ‘Noob’ or ‘Weak’, if you are always going solo or greedy, especially if it is a ‘ranked’ PVP match or some sort.

We shall be talking about this right away! So then, why Philippines is the only country that can badmouth your gaming experience, and why are they the toxic gamers in any F2P gaming community ever?

1. Your Game is Not Popular as XYZ-Something Video Game.

To explain the number one reason, it is just for some Pinoy Gamers who think that the video game that they are playing are so popular than your game that you are currently playing.

To enumerate some phrases that I heard, I shall be mentioning them here below (In Fil-English, or Taglish, mostly).

It is just basically that Pinoy gamers are telling you to play that game, because it’s popular and trendy, rather than the game that you are playing which is indeed not popular or trendy.

2. They Are Already ‘Gatekeeping’ People

So then, you are a fan of that video game, and you share your experiences and tips to other people in a PH gaming community of any video game series of your choice. But then, some admins in every PH gaming groups that you had joined are already gatekeeping you. Those rules, such as you shall be restricted in posting livestreaming stuff, are that you shall be paying some something like ‘subscription’ or ‘membership fee’, just in order for you to have some followers in your page when you do or share livestreams of your gameplay. And also, they restrict you sometimes to post something in their group, even though that it is not indicated at their group rules at all (strange).

Below is a two-picture slideshow. Slide/swipe to view the details.

I had never seen that kind of gaming community before in Philippines, especially, to mention, the PH Gaming Community for Genshin Impact on Facebook.

Though the fact that the admins of some of any PH group or community for gaming stated that the people should treat and respect each other, as stated by their rules, the truth or reality is that the admins themselves are the ones who are already disrespecting people.

Don’t get me wrong. Because, these admins in every PH community are already declining or rejecting posts, even though it is related to the game itself. Posting pictures are not allowed? Then why that such rule of theirs is not indicated or included at their ‘updated’ group rules? Basically, it is just Filipino people who always ‘gatekeep’ their fans in every single gaming community without warning, so as long its full of PH gamers there.

3. Trashtalking is Equal to Bullying.

Basically, you trashtalk at someone, especially if you are in the middle of the ‘clash battle’ during your 5v5 ranked PVP, or something. This is something of a flashback in around year 2010’s, especially during my late college days. Trashtalking, in the sense that you are ‘verbally’ provoking your opponent to fight you, to see on who’s gonna win. These trashtalking do occur if the opposing teams are already either winning or losing. Then, they call you ‘weak’, ‘bobo’ (Tagalog for stupid), or even yelling out some phrases which has more profanity. Yeah, and the famous “Putangina Mo” phrase is the most popular in trashtalking, in every single Pinoy Gaming community ever. And that phrase is yelled when they were surprised, especially when they got instantly killed in the game by their opponents from opposing teams.

In Taglish (Filipino + English) sentences and phrases, what could be some samples?

Though that some of these phrases and sentences were originally created by me, most of them are acquired from this reference link.

Okay, so this is where you can determine if that fellow Filipino Gamer of yours can be kind or toxic at all. Basically, when we say free-to-play, you can download and play that game freely without any expenditure of your own money. Of course, your typical fellow Pinoy gamer would prefer in playing a ‘free’ game rather than a ‘paid’ game.

Example of free games are mostly the ones that are existing as a free download for most smartphones and other portable devices, namely for iOS and Android systems. Yep, and something like Mobile Legends: Bang Bang, Pokémon Unite, and even some other free PC games in Steam (like Counter Strike: Global Offensive), are something to watch out for here.

And example of paid games are usually the ones that can be bought with money, and it can be played on either smartphones or devices, video game consoles, or even PCs. (ex. Cytus II and Final Fantasy XIV Online or FFXIV)

So when these kind of toxic Pinoy Gamers do judge your game that you are playing, answer them back, “You have no right to insult my video games that I am currently playing.” In other words, “Don’t bother others’ games.” To explain my statement, we have no right to judge other people’s games. If you are playing some Gacha Game which features cute and beautiful girls, then limit yourself to that only. And other people who play a game different than yours should limit themselves up to theirs only. And to finish at the end, two different entities should not judge each other.

And to go back, the toxic Pinoy Gamers would prefer playing on the free rather than the paid. Basically, this is where most toxic gamers in Philippines can be found elsewhere, in any video game fandoms and communities —- given if that video game is ‘Free-to-Play’ or F2P.

So why Philippines is the only country that is ‘toxic’ when it comes to F2P (Free-to-Play) Gaming? First, they call your game as not popular or trendy, or in Tagalog/Filipino word or phrase, ‘Laos na yan.’ Second, they are already ‘gatekeeping’ you in gaming groups or communities — making you to be restricted in posting and sharing stuff, and being disrespected by admins, at the same time (Even if you are still following their group rules). Third, they usually trashtalk their fellow Pinoy Gamers, irregardless of age and skill. And finally, they prefer in playing the free rather than the paid.

And to end this topic, you can be a toxic gamer, just like Filipino Gamers. And finally, we fellow gamers don’t have the right to disrespect or to bother other people’s games.

Yep, games are literally created FOR EVERYONE. It should be a happy thing that most people can have, and not use them for their greedy and selfish purposes against others. 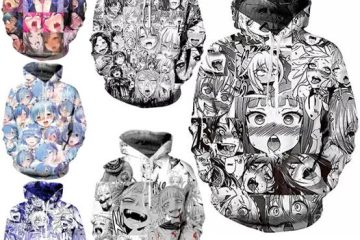 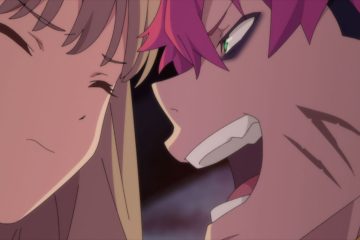 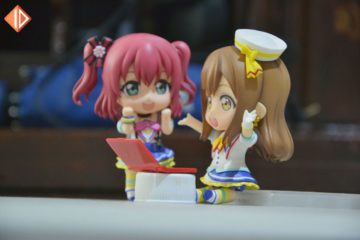