Fans of the long-running franchise, Pokémon, are very excited of what is going to happen in the upcoming live-action movie release of Pokémon: Detective Pikachu in cinemas. However, this unfortunate news has been spread, thus the excitement has been lessened further before this movie is released.

Just a day before this movie is premiered in cinemas, the leak has been surfaced online, thanks to my sources. A certain YouTube channel has uploaded the movie leak of the Pokémon: Detective Pikachu movie online. Yep, that’s the unfortunate news, and some fans’s excitement has been weakened and lessened further. The screenshot shown is the evidence. This is not an edit.

The uploaded leak may disappear at anytime. But the screenshot I gave above shows the evidence. I am not going to give to you the link since it will expire in just a few days.

Pokémon: Detective Pikachu is a live-action movie produced by Warner Bros. Pictures, Legendary Pictures, and The Pokémon Company. It is scheduled to be released in cinemas in May 10, 2019 (Release dates may vary per country). The movie features Ryan Reynolds, voicing as the iconic Pikachu in the movie.

Now it is a mystery on how this movie was leaked online, and the torrent websites will surely pick this leaked movie and it will spread widely in the Internet. What will happen for sure is that the production companies, who produced the movie, will lose a lot of sum of money and revenue. Now that it has been leaked hours before the movie premiere, what could possibly be the after-effect? Of course, more spoilers, and the fans will lose motivation to watch this movie in cinemas. 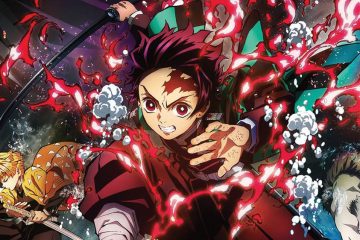 Demon Slayer Movie Leaked All Over Again – in PH