The fans are really in their hype state when their music and performances has finally started! The live performances has started with Aqours, in their Mitaiken HORIZON song. It is then followed by TOKIMEKI Runners by the Nijigasaki High School Idol Club.

The fans got some mixed reactions when the Nijigasaki High School Idol Club has performed their solos on both Day 1 and Day 2 performances. They were just either calm or even they are lying down on the floor while waving their penlights. But not until with Karin Asaka’s Starlight (Day 1) and Setsuna Yuki’s CHASE (Day 2), their voices has become wilder and louder!

For µ’s, they performed their first debut song and the Snow Halation in full length. But in their entire performance, they just did a ‘TV Anime medley’, in the sense that the songs are coming from both of the original LoveLive! Anime Seasons 1 and 2, in a short of about 90-120 seconds length per song.

The sub-units of Aqours, CYaRon!, AZALEA, and Guilty Kiss, had performed a set of two songs per sub-unit, and those songs differ on both Day 1 and Day 2. Saint Snow performed their debut song, as well as their song from the ‘LoveLive! Sunshine!!’ movie.

Finally, for Aqours, they had performed their most requested songs, most probably their three other singles (4th single is Mitaiken HORIZON). Their song set also differ on both Day 1 and Day 2 performances.

And that’s it! All 29 School Idols were gathering together in one stage! And yeah, this performance is so spectacular and splendid!

The dream with the µ’s, Aqours, and Nijigasaki High School Idol Club has came into reality! Thanks to the fans who make this project and event possible!

The New Legend Has Begun

When the fans had witnessed the LoveLive! Fest, they are thinking of what are the possible things that await them. Since this series is approaching its 10th Anniversary, what could be the surprises, including me, are awaiting us in the end? More often, we shall find out in the next days to come.

Thank you for reading! See you next time!

Your wordpress site is very sleek – hope you don’t mind me asking what theme you’re using?
(and don’t mind if I steal it? :P)

I just launched my site –also built in wordpress like yours– but the theme slows (!) the site down quite
a bit.

In case you have a minute, you can find it by searching for “royal cbd” on Google (would appreciate any feedback) – it’s still in the works.

Keep up the good work– and hope you all take care of yourself during the
coronavirus scare!

5 Things to Do in a Local Anime Convention

Exciting things to do inside! 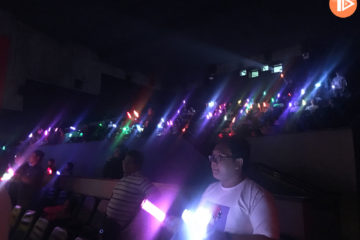 Rules of Concert Live Viewings: What Can You Do? 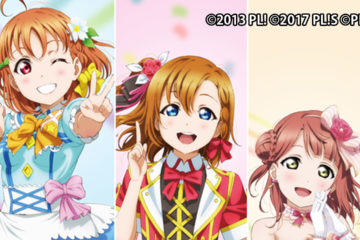